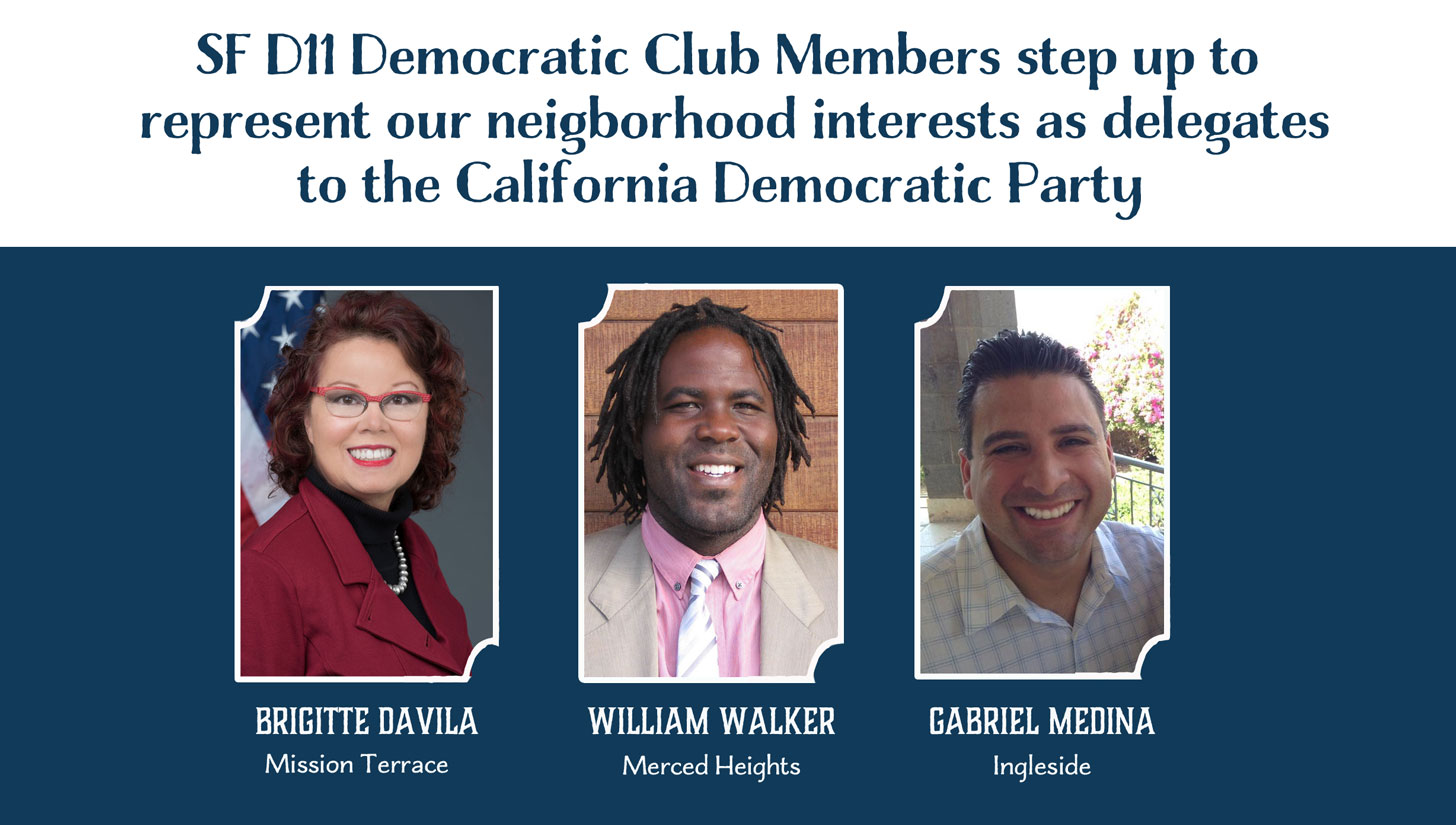 Save the Democratic Party! Elect delegates to the California Democratic Party. Three of the candidates are from District 11:  Brigitte Davila, William Walker, and Gabriel Medina.  Brigitte and William are on CA Assemblymember Phil Ting's Slate and also recommended by the Reform Slate. Gabriel is on the Reform Slate. (Candidates cannot be on more than one slate).  All three are District 11 residents, community advocates, and SFD11Dems Club members. They are running to be Assembly District Delegates (ADDs) for their Assembly District 19 (Phil Ting's Assembly District).

The ADDs are responsible for planning and attending informational meetings throughout the region and working with other delegates. The delegates vote on behalf of the community they represent at Regional Meetings and the California Democratic Convention. They are elected only by Democratic voters in Assembly District 19, please see the map below. (NOTE: There are no D11 residents running for delegate slots in Assembly District 17 which covers the Excelsior.)   If you live in any of the neighborhoods of Cayuga, Crocker-Amazon, Ingleside, Merced Heights, Mission Terrace, Ocean View or Outer Mission, please come out and vote on Sunday, January 8, 2017, at the Doelger Cafe, 101 Lake Merced Boulevard, Daly City, CA 94015.   The candidates from District 11 will appreciate your coming out to vote. Sure it will be cold and rainy, but there will be free coffee, hot chocolate, and other treats at the site.

If you are a registered Democrat, you need to register, get a ballot, and vote. There is a $5 donation to help cover the cost of the venue etc. It is a donation, and nobody will be denied a ballot. Bring friends and neighbors: They can register as a Democrat and be able to vote the same day.