Membership Endorsements for the November 3, 2015 Ballot: 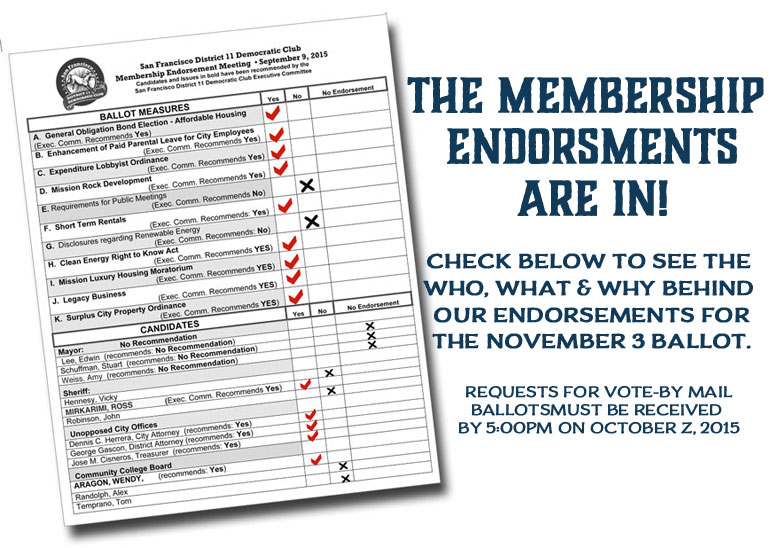 Before discussing the endorsements - a few important reminders:

If you don't aready receive Vote-by-Mail ballots and you would like to, please click here to request online. You can also download the Vote-by-Mail form, fill out, print and either mail to or drop off at the Department of Elections in the basement of City Hall.  (1 Dr. Carlton B. Goodlett Place, City Hall, Room 48, San Francisco, CA 94102) Mail your ballot by October 31 to ensure timely delivery or drop it off at City hall or any polling place by the close of the polls at 8:00pm.

And now on to the endorsement news....

We've seen more competive years, candidate-wise, but 2015 is no slouch when it comes to an alphabet soup of ballot measures. Below is a list of our Ballot Measure picks and pans:

We endorse the following candidates for the six citywide offices: