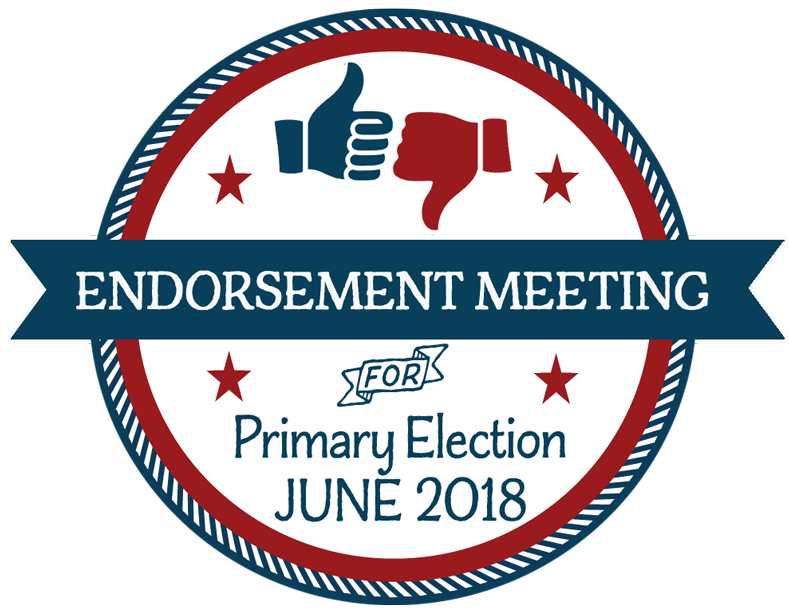 The Club will endorse candidates for the June 5, 2018 - Primary Election. Our biggest decision: Who do we endorse to lead San Francisco? Who includes the southern neighborhoods in their plans for the City? We will also cover local and state ballot measures for the state. Be informed before voting on June 5.

New members who joined before or by March 11 are eligible to vote on endorsements. Regular members can pay their dues at the meeting and are then eligible to vote. Sign in at the table near the door to obtain your ballot, turn it in at any time during the meeting.