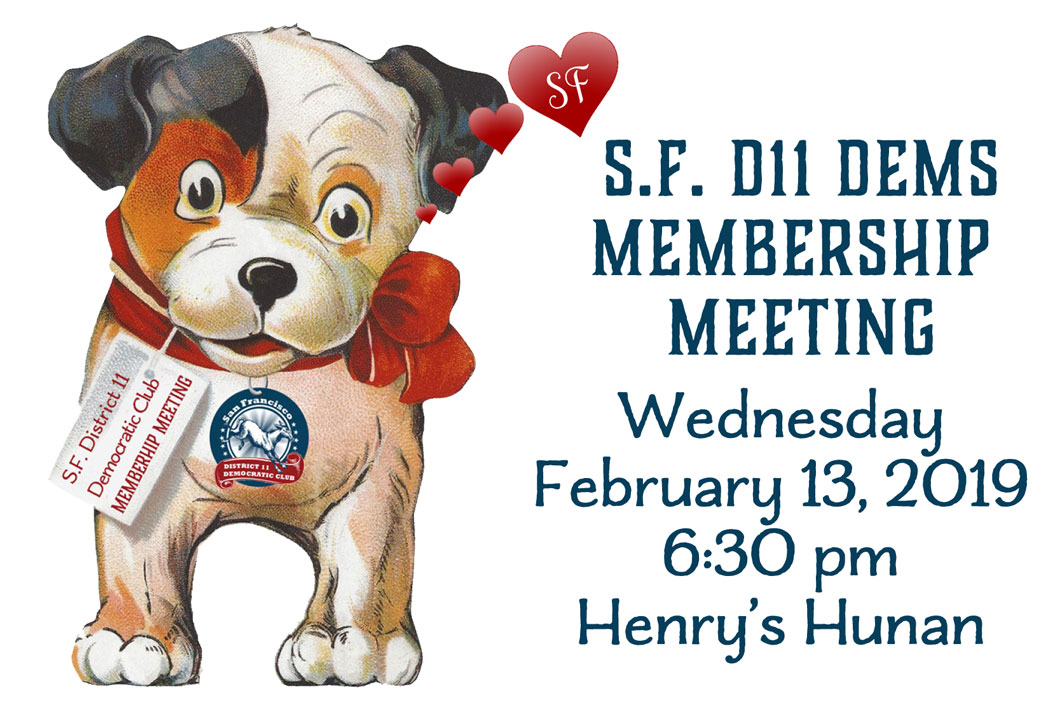 It’s not Valentines Day, but there will still be chocolate heart treats! Join us to hear about issues affecting District 11 and San Francisco.  Nominations for the position of D11 Dems president will be taken up until the election. You can also renew or pay dues at the this meeting to be eligible for endorsements later this year. The anticipated agenda is as follows: